Caution: This article contains images that may be upsetting to some people.

A sickening new exhibit called “Abortion Is Normal” is running this month in New York City, of course, hoping to fight the “fear, shame, and stigma” surrounding abortion and raise money for Planned Parenthood.

According to The Gothamist, which caricatures pro-lifers as “anti-reproductive rights activists and those attacking the right to accessible, safe and legal abortion,” the exhibit features a variety of works, including painted messages to SCOTUS Justice Brett Kavanaugh, stylized photos of Justice Ruth Bader Ginsburg, an obligatory contribution from the “Thank God For Abortion” zealot, and bizarre photos of a masked, half-naked woman. Naturally.

Curated by intersectional feminists Jasmine Wahi and Rebecca Pauline Jampol, the exhibition is an “urgent call-to-action” for men and women fighting for the right to murder children in order to unshackle their sex lives.

“This show is about reproductive rights, and more expansively about our right to own our own bodies,” Wahi said in a press release. “Many of the artists have not physically gone through an abortion procedure, but have a shared understanding that safe, accessible reproductive rights are absolutely necessary.”

All proceeds from any sales of the various “works of art” will go to Downtown for Democracy, which The Gothamist says “will split funds between voter education and advocacy regarding reproductive rights and Planned Parenthood’s political action committee for its efforts in 2020 elections.”

“A big overarching message from the project and all of this work that we do is that people have to get involved in the political process,” Nanni, co-founder of Downtown for Democracy, told Gothamist. “Sometimes just voting isn’t enough.”

“The Right has been winning this battle, they have used words, language, to make abortion seem disgusting and abnormal..an aberration — they have made women who have abortions into villains, monsters…” an Instagram post from Jampol showing off the exhibit states.

🗣Amplifying the Voice of CHOICE 🗣Abortion Is Normal 🚨[Part 1]🚨opened last night at #evapresenhubergallery with a full house of supporters. 🙏Thank you 🙏 Thank you 🙏 Thank you 🙏 “I believe we have to change the discourse. We have to #FIGHT the idea that wanting or having an abortion is abnormal and immoral and worse… “ – ▶️ slide for the beginning of an influx of pics and a response from the amazing @tillman_glossitis 📸: @domduro @barbarakruger45 @chocolatinaruiz @bettytompkinsart @wangechistudio 🔗 Link in Bio for more info on this #emergency #benefit exhibition series #️⃣ #abortionisnormal

“It is normal to want to end a pregnancy and to end one by various means, when you don’t want a child….women have been aborting themselves for millennia,” the post continues. “To abort a fetus was not seen as anything other than a way to control how many children a woman produced..for their health … because they couldn’t care for or feed another being, because a family was poor…when rhythm and other methods didn’t work, women had abortions. Usually unsafe.”

Did they seriously just make the argument that because primitive people have been killing their own children for thousands of years that it’s perfectly normal?? I mean, isn’t this why cultures advanced beyond, say, the “perfectly normal” practice of eating human flesh for religious ceremonies or disposing of human waste in the street or the water supply?

“if it is shocking to say it now, abortion is normal, it is because the climate in which we live has made women’s right to determine pregnancy a sin…and the doctors who help them called murderers,” the odd, disjointed diatribe continues. “because we live in a time when others stand outside clinics and jeer at women who want to end a pregnancy.”

As an aside, I’d like to say that I sincerely doubt people are “jeering” at women outside clinics and this is more than likely a deliberate misrepresentation of pro-life abortion mill ministry. That said, if anyone is “jeering,” I pray they feel convicted to speak to these mothers, workers, and doctors firmly from a heart of love and genuine care for their lives and those of the children they are killing. Only love, God’s love, will end abortion.

The rant explaining the exhibit’s name, “Abortion Is Normal,” continues, saying, “Because some believe a fetus is an intact human being, and has more right to live than a woman. If you believe that, if you believe the rights of the fetus are greater than that of a female human being, there is no way to argue.”

You’ve got to be kidding me. First off, if not an “intact human being,” what on earth do these people believe a fetus is? A clump of cells? “Pregnancy tissue”? Or is it up to each woman’s individual beliefs, such as the woman who was featured on a PBS show thanking her twin “beings” for choosing her before she aborts them?

As for the issue of whose “rights” trump whose, what a farce! No one believes that a mother’s rights are inferior to that of her child. That is a ridiculous way to frame the argument, and they know it. We believe that, just as no one has the “right” to kill the mother—though many men who don’t get their way when their girlfriend refuses to abort take this route—no one has the right to kill the baby either. Our rights end where another person’s life begins.

We love and cherish the human dignity and right to live of the mother and her baby. It’s really pretty simple. 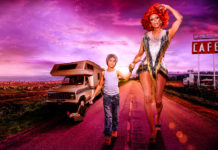